Reprinted from The Cincinnati Enquirer | July 13, 2008

Early risers get in shape with boot camp

The sun isn’t even out yet, but 31 women are pushing through a mile-long run around the perimeter of Champion Window Field, home of the Florence Freedom.

After the run, they’re sweating, panting and gasping for air, but still manage to do rounds of squats, lunges, shoulder presses, stomach crunches and yoga poses.

And they do it all at 5:30 a.m. every Monday through Friday.

He said women love it because it’s a woman-oriented class – which means there’s more support, less competition – and because it provides a complete workout, including cardio, strength and stretching.

And while 5:30 a.m. seems too early to be pumping iron to some, Calkins said it’s the perfect time for many of his customers.

“What we discovered is that if they can be done at 6:30, they can be home by 6:40 a.m. and that gives them time to get kids ready for school, or if they’re working women they can be to work on time, and they don’t have to worry about the workout the rest of the day,” he said. “Otherwise, the idea of working out is weighing on your shoulders all day.”

That’s exactly what inspired Lagemann’s sister, Megan Lagemann, 22, of Anderson Township, to sign up for a whole year of boot camp classes.

“I used to try to work out after work and I never had the motivation to,” she said. “But now it’s like, well, I’m paying for it, so I have to get up at 5:30 and get my day started. I love it – it’s really designed for women, which is nice.”

She said in the three months she’s been attending, she’s already made great strides toward her goal of getting back in shape.

Debbie Huff-Weiss of Florence came to the class on Friday morning with her co-worker Janell Stuckwisch of Union and friend Melissa Westergard of Florence.

All three said this is an introduction to working out regularly for them – and they can’t get enough.

“It’s as hard as I thought it would be but I feel great during the day,” said Huff-Weiss. “I really believe it’s totally changed my life. I know that sounds corny, but it’s true, even just after a week.”

And the early morning hours aren’t a problem.

“You don’t mind getting up in the morning – and we’re not morning people,” said Stuckwisch.

Each four-week boot camp includes five days of one-hour sessions for $299 – or $14.95 per day. Boot Campers can also sign up for a three-day-a-week option or an annual pass.

At the start of each boot camp, each participant goes through an evaluation, which includes taking measurements and checking body composition and blood pressure. During the first week, campers do a timed 1-mile run.

At the end of the camp, all those measurements are taken again – and the women run another mile to see whether they’ve made improvements.

“The biggest thrill for us at the end is to see these ladies come across the line,” said Calkins. 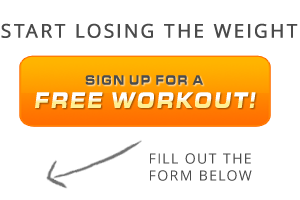